DPS Herald is a strong part of the WvW Zerg, able to deal high damage at range, as well as perform extremely well in melee range. It additionally provides important boons and some utility to the group.

Revenant doesn’t have utility skills like the other classes, your heal/utility/elite skills are all determined based on two stances that you pick. You may swap between these stances every 10s, similar to weapon swapping, but it doesn’t replace your weapon swap. These stance skills provide strong utility and damage options for the DPS Herald, namely , , , and , as well as providing one of the best sources of for your group.

Revenant also differs from other classes by relying on energy (different from your dodge endurance) in order to cast both weapon and stance skills.

You will be one of the best sources of damage for your group, consistently keeping up pressure at range with your skills, as well as having powerful cleave options in melee range, and strong crowd control options throughout the fight.

Energy is the profession mechanic of Revenant, and good energy management is integral to playing any revenant build well. Energy is locked in place at 50 while out of combat, but will regenerate up to 100 while in combat. Your energy will be set to 50 whenever you stance swap, whether you are above 50 or below it before swapping.

You also have 10 “pips” on revenant, which indicate energy drain, or energy regeneration. Some skills drain your energy over time instead of costing energy upfront, and this will be indicated through these “pips”.

Hammer will be your main source of damage/pressure especially at larger numbers, as melee engages will tend to be less frequent.  Use and on coordinated ranged spikes with the rest of your group.

Be careful when using as it will lock your character in place while the animation finishes completion, and this can get you out of position from the rest of your group. Try to use it when your group isn’t moving.

Is your first stance, which provides strong boon support, as well as has your strongest defensive utility in it, and a very powerful cc/superspeed. All skills in this stance are upkeep skills, which drain your energy over time when first activated instead of costing energy up front, and provide pulsing boons to allies. When you activate each skill a second time, they will provide another effect.

is your strongest defensive utility. It will provide while upkept, and when activated again () , turns all incoming damage to healing for a short duration. You cannot activate to get access to while controlled, so if you think you will need the heal to survive a push, make sure to have it ready to activate in case you get controlled when you need to use it.

is one of your strongest sources of area damage, use it when in range as much as possible. It provides while upkept.

passively pulses and when activated again casts which stunbreaks you while blinding, revealing and applying vulnerability to nearby enemies. Ideally you should try to upkeep the facet for as long as possible in order to maximize the amount of you pulse to your allies. Try not to activate the stun break unless you need to in order to survive.

is a strong burst skill in close range, and pulses to allies while upkept. Try to keep it pulsing until you are about to swap stances, or if you are leaving melee range.

pulses while upkept, but is also the biggest drain on your energy in this stance. It’s second activation has two benefits: a very powerful knockback (which will also knock downstate enemies and can be used to prevent revive utility from connecting) and also grants allies . Make sure your allies are in front of you in order to receive the .

Overall, try to keep at least a couple of these skills activated in order to gain more damage from while in Dragon stance. You can burn through more hammer skills while in this stance as none of your utility skills will cost energy up front, but getting used to the different levels of energy drain from the facet’s is important so that you don’t accidentally find yourself without energy.

Dwarf stance has one of the best group defensive utilities with . This grants allies strong damage mitigation and should be used on pushes when in this stance. Keep in mind that this is also your stun break on this stance, and costs a large amount of energy. Unlike Dragon, only one skill in this stance is an upkeep skill, so the rest of your skills will cost energy upfront, and must be taken into consideration when using weapon skills at the same time.

Exhaust most of your damage skills while in , but on openers be in . Try to use multiple skills at once for better spikes, if one of your cooldowns comes up in 1-2 seconds, hold off on casting another skill for a second so you can chain them together.

Keep in mind that swapping legends will not cancel any skills, so if you begin casting a skill in one stance, use the energy in that stance, and then stance swap, your skill will still go off. While at range and in hammer, you should try to stance swap constantly. A good rule of thumb is to stay in Dwarf for about 12s total before swapping into as this will line up well with cooldowns.

If you are using Sword/Sword be careful about using , as it can put you out of position, however it is a very strong single target spike. Additionally, you should essentially never use as it can very easily get you in a bad position and killed.

Staff over Sword/Sword is a more defensive option at the cost of some melee cleave. It also brings a strong knockback in the form of , however this can be hard to land sometimes as it has a long wind up.

Marauder gear can replace Berserker gear for extra survivability, and is generally recommended for newer players. Make sure not to go over the critical strike cap (100%) when adding Marauder gear. 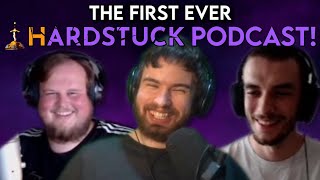