Scrapper is the main healer and condition cleanser in large scale fights, providing a strong amount of both to its squad. However where it truly shines is in its ability to convert conditions on allies into boons. It also has a wide array of utility, including access to and in addition to the longest group of any class in the game. Scrapper manages all of this while simultaneously being very hard to kill thanks to traits such as , , and as well as having access to a long duration block and evade when equipped with a Hammer.

Scrapper has access to Gyros and Kits which are the main sources of active healing and condition cleanse for your squad. Kits are skills that you “enter” upon initial activation, entering a Kit replaces all five of your weapon skills with ones that correspond to said Kit. Gyro skills create a “well” (a usually circular field of varying size that pulses damage, boons, healing, condition cleanse or some combination of them to those standing inside) around your character when activated that, with the exception of the , follow you as you move. Additionally, you can gain strong passive healing from traits such as and as well as strong passive condition conversion from .

The final pulse of each of your Gyro skills will provide to your allies due to the minor trait , with the exception of , which provides it on initial cast. You can also provide  through the use of , due to the trait . When the grandmaster trait  is taken, anytime you provide  to allies, you also grant them .

Maintaining the proper rotation and timing of skills is very important when playing Scrapper and the more you fall behind on these fundamentals the more your party will suffer.

As a support class staying alive should be prioritized above all else, after all, you can’t provide much support if you’re dead. You can help to keep your HP above zero through tactful use of dodging, blocking, and positioning. Luckily, you can also gain assistance in this from your allies, be it from receiving boons like  and or from the use of abilities that break nearby allies out of stun such as

Your positioning is particularly important as many skills are both directional and channelled. As a Scrapper you’ll want to stay slightly behind the bulk of your squad so that you can more reliably land your support skills on allies in need. Maintaining this position also allows you the ability to shift attention to the tail end of your squad and provide support if they encounter any trouble.

Provide Stability on Range Spike moments and help mitigate damage  is great for blocking projectiles, as it follows your character. Make sure not to overlap with your Guardians, unless you need it to survive. should be used just before range spikes as it will help mitigate and provide superspeed when needed.  Make sure you use hammer 4 block and dodges though to avoid taking alot of dmg. Using it when your party is in downstate is a BIG NO as your team cannot avoid damage, you can die from the enemy cleave be warned.

Will be Called for by the commander, make sure you use it and let the commander know 15 seconds prior to when it will be ready if its on cd.

Some of your weapon skills have strong support utility and have relatively short cool downs. Timing is key when to use them and understanding how to use them effectively will help your groups sustain.  Here are a few examples,

Stun foes from 1200 range for 1 second, great to use on range spikes & well spike calls.

A Whirl Finisher that Spins you around, reflecting missiles, use this if you can in combination with a light field such as or   for an extra area of cleanse.

Your main source of healing comes from your 1 skill, . Additionally anytime you heal yourself, you will also heal allies through . Any time you have equipped your outgoing healing is increased from . Your key burst heals are and and

You have several extremely strong cleanse skills which you can cycle through regularly to keep consistent cleanse up, and make sure allies aren’t falling behind due to , , and . You want to try and make sure you have a cleanse ready for each time you clash with the enemy group. Additionally if any of your allies are being specifically targeted and corrupted by the enemy group, make sure you move to them and cleanse, but always prioritize your own safety first.

You want to aim to have high uptime during clashes. You have several sources of , mainly from the end of your gyros, but those are less reliable activations. If you need on demand , either drop on top of the allies you want to give it to, or use . 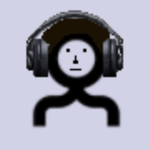