Continuum Split Melee Combo (Difficult to use in harder fights) 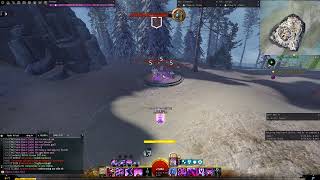 Chronomancer is a support build with extremely strong utility, providing heavy crowd control, boon removal, condition cleanse, and the best revive utility for large WvW battles. While a meta role, only a few Chronomancers are needed per squad.

This build is hard to master because of , which gives you a short window to essentially use your key abilities twice! offers incredible combo potential but requires a mastery of skill usage to get the most out of.

Commanders will often call for specific skills during an encounter. Be prepared to communicate your skill cooldowns with them and adapt to their commands.

Each shatter skill is enhanced by the number of clones available. Clone generation is unreliable in large-scale encounters so shatter spikes should be used as soon as a single clone has been generated. See the “Skill Combos” section for some examples of a shatter combo.

Each shatter skill has a unique active. However, and make all shatter skills remove a boon from and apply to up to five targets on impact.

is by far the trickiest to master. In addition to resetting your skill cooldowns, your health, endurance, and position will revert to their previous state. If you are out of position when entering you may find yourself reverted directly in the middle of an enemy squad.

Upon casting the skill, a rift is formed. The rift is visible to and vulnerable to enemy players. If you are killed or your rift is destroyed during combat you will be teleported back prematurely to where you originally cast the skill. Closing the rift early can be done by using .

resets the cooldowns for any skill whose cast ends during it. This means that you should always be casting a skill as you are activating . Commonly, is activated during the cast times of , , or .

is a 900 ranged field that provides to allies and inflicts on enemies. Activating it a second time activates , a 600 radius pull. Altogether this makes you able to pull from a much further range than any other class – up to 1500 range!

Use this skill to pull enemies towards your squad, putting them within attack range of your squad.

is one of the best crowd control skills in the game, knocking enemies down, then floating them and pulling them in. Use this in combination with .

Commanders will often call for a explicitly, so you may want to save it for when it’s called for on voice.

is high-value and one of the best revive utilities in battle, allowing you to temporarily revive up to three players to 80% health via .

Hold onto this skill to revive multiple players rather than casting it on a single individual. When using it, communicate with your squad to avoid doubling up with another Chronomancer.

If available, use this in combination with . During the cast of quickly enter . Once has closed you will have another cast of available.

To effectively use , prioritize staying alive and stacking tightly to your commander.

One of your main responsibilities is to grant to your squad. generates on any allies that pass through it and has no target limit.

At the request of your commander, place  just slightly in front of the squad unless otherwise directed.

Note: Commanders often refer to as “Veil”. Avoid using it when they call for “Stealth”, as this often refers to a smoke field-blast combo.

is a one-second evade that fixes you in place. This can help you survive while casting shatters in melee range.

is a ranged pull.

summons a phantasm that blocks some projectiles.

is your main block. If you are hit during its cast you will gain a new block – if you’ve misjudged your and need to return to your zerg you can chain together casts to safely reach your Commander. Additionally, as this block is a phantasm skill, reduces its cooldown when used.

is a great crowd control skill, casting a slow moving shield that stuns enemies and blocks projectiles before returning to your location. Thanks to synergy with and this skill can be a massive boon counter, with each interrupt stripping and stealing boons.

can be swapped for for more boon strips at the cost of some survivability.

for more boon duration and to apply , , and upon entering combat.

for more and improved mobility.

can be swapped for . Upon reviving your ally, both of you receive Feline Fury for 30 minutes, increasing all attributes +75. 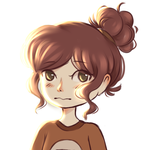