At the start of the fractal, there will be an unlit bonfire in front of an ice wall, the ice wall needs to be melted to continue forwards, to melt the ice wall players must use

Staying outside of bonfires for too long will inflict

Hypothermia which will increasingly stack and deal damage.

After finishing the Ice Wall event you proceed over a wooden bridge to come across 5 bonfires surrounding an Elemental Source which will have a shield of sorts which has 10 stacks each one reducing the damage taken by 10%, lighting the surrounding bonfires will remove 2 stacks for each lit bonfire.

During the fight once the Elemental Source reaches 25% 50% and 75% it will shoot out projectiles to each of the 5 bonfires in order to extinguish them, this, however, can be canceled out by using anti projectiles skills such as the Revenant’s Centaur Stance’s skill called Protective Solace which will make an anti projectile bubble wherever the Tablet is located. if all 5 bonfires get extinguished players will be teleported to a random spot surrounding the Elemental Source and visibility will be greatly reduced. 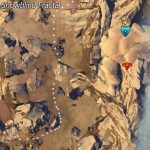 After defeating the Elemental Source you will no longer get

Hypothermia and have to proceed through a forest infested with enemies and go into a cave. a common strategy to speed up this part is using the Endless Choya Piñata Tonic for its second ability which has a 1-second cooldown and moves you incredibly quickly.

Once inside the cave, you will come across the Shaman who will change between using melee attacks and AoE attacks.

Creeping Ice it is recommended to dodge out of this attack due to it following a player.

Spawns multiple AoEs around himself which deal damage

If a player gets 10 stacks of

Creeping Ice they will be frozen in a destroyable ice shard.

When the Shaman changes to using AoE while not being phased he will summon 3 Corrupted Ice Crystals which will shoot projectiles at the players and give Rime Shield to the shaman, reducing the damage taken.

The boss will retreat to the area above where he will become invulnerable when reaching 75% and 50% of HP, during this phase he will spawn AoEs everywhere and multiple enemies will spawn in the room including an Elite Effigy Icebrood which has to be defeated to make the Shaman return to the fight. 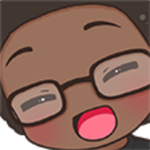