You start the fractal on a floating island with Asura architecture. Climb the platforms, but due to multiple knockbacks and knockdowns, you have to either quickly get past the enemies by using , , , and reflects, or work your way up slowly by killing all the harpies on the way.

When reaching the top, you’ll enter a room that has a Power Generator located on the other end, destroying it will summon open the various cages releasing 3 Champions and 1 Veteran creature.

Champion Rabbit should always be your first priority as it is very fast to kill, but can easily one-shot anyone with a simple kick that has a horribly tiny tell. The second target should be the Veteran Bandit Saboteur who continuously drops AoE knock-back bombs.

Next up we have both the Champion Flame Legion Shaman and Champion Ogre that you should deal with somewhat simultaneously as they both have much larger health pools than the others.

After killing all the prisoners you’ll go up a stair with more harpies that you can choose to ignore. Afterward, you’ll come across a lengthy staircase which has incoming lasers shot down in four different rows; left, center-left, center-right and right.

You can side-step or over these lasers. Anti-projectile fields or reflects also work on these lasers. Reach the top and interact with the multiple switches to your right. Doing this will disable the lasers.

Activating one laser will lock you up in place for a few seconds, but you can use teleports to move around and activate more buttons.

In the middle of this room will be a golem named Old Tom. engaging him will close the room off and has a constant tick of which can be stopped by interacting with one of the consoles around the room. The consoles will activate fans that remove the debuff. This version of Poison is NOT a condition and can only be removed by doing the mechanic to this boss fight

On Tier 2 and higher fractal tiers, players will need to charge the fan batteries by using Tears of Dwayna before the fan can be turned on. Two should be enough for each fan to last the duration of the fight. You can walk around the edge of the arena to not trigger Old Tom and place the tears near the consoles to use them later.

Note: If your dps and sustain is high enough, you can completely skip the mechanic of enabling the fan, and just DPS the boss down, this is what players will choose to do usually.

Old Tom will start spinning around shooting poison bolts all around him inflicting . This attack can be avoided with any pet or summon as they will simply body block the projectile.

Once Old Tom is destroyed, you’ll come across a new set of platforms with harpies. Players may defeat all enemies or attempt to skip through them to the final boss room similar to the first set. It is possible though to skip this set of platforms by skipping directly to the end boss.

If one of your team members successfully performed skip, rest can /gg here to respawn on top floor.

The boss will target players and shoot multiple projectiles at them. On Tier 2 and higher fractal tiers, this attack from the boss will additionally inflict Agony on players.

The blue-colored golem Professor Mew will hit players with a debuff shown above players head; a negative symbol or a positive symbol. Players standing close to one another with opposite symbols will inflict each other with damage.

Note: The damage from the symbols is quite insignificant and can be ignored. 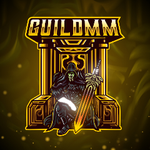 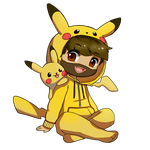 My name is Jake. I'm a primarily Guild Wars 2 gamer but like to explore other games when I can. I try to give high quality gameplay with entertaining vibes all around.