If you noticed your performance in Guild Wars 2 is dropping, that’s because the game is very CPU-intensive, and some settings, that might not seem like they could, impact the game majorly.

A large part of FPS drops is because in-game settings affect performance differently in every game mode. Tuning your settings for the type of content you’re playing will help you to enjoy every game mode equally.

Most impactful settings are as follows:

Below, we’ll show a more detailed look into how those settings affect performance and our recommendations.

All the tests were done in 1080p with a Ryzen 9 3950x, 16GB of ram, and a GTX 1080 whilst standing still. With the following general settings and at max Field of View unless stated otherwise. 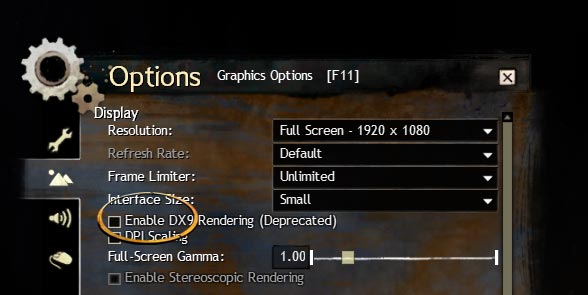 As of August 2nd, 2022 the game uses the DX11 API by default. We highly recommend never using DX9 as it can halve your FPS! 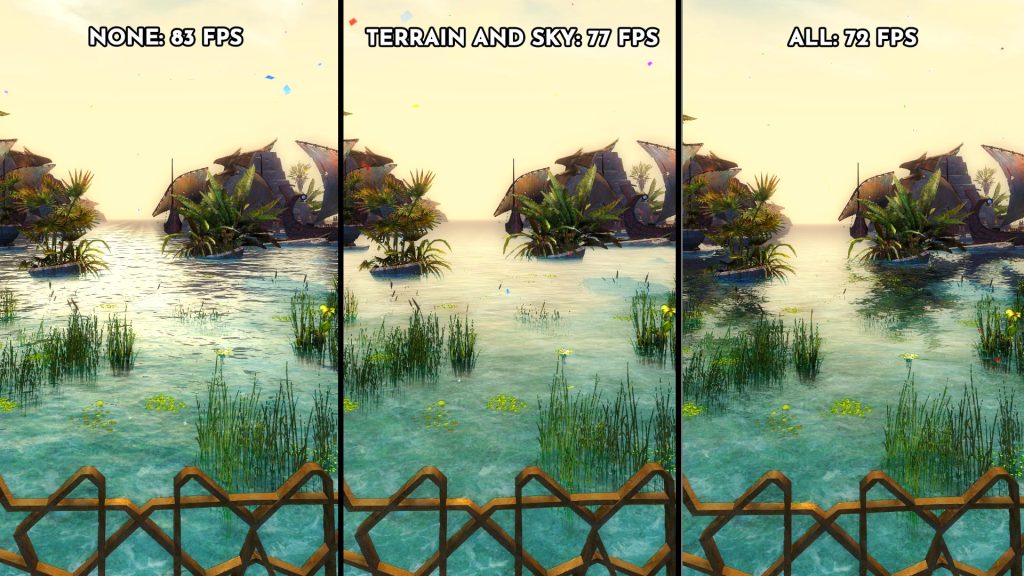 Because there is water under every map, reflections are very impactful to performance even if there are seemingly no reflective surfaces nearby. Our recommendation is to use terrain & sky if you can’t live without reflections and none for performance.

Shadow setting heavily affects performance depending on how many characters are being rendered. Our recommendation for shadows is to have it on none. If you really want to have shadows, we do not recommend going past the high setting. Ultra shadows look really good but they are extremely heavy. 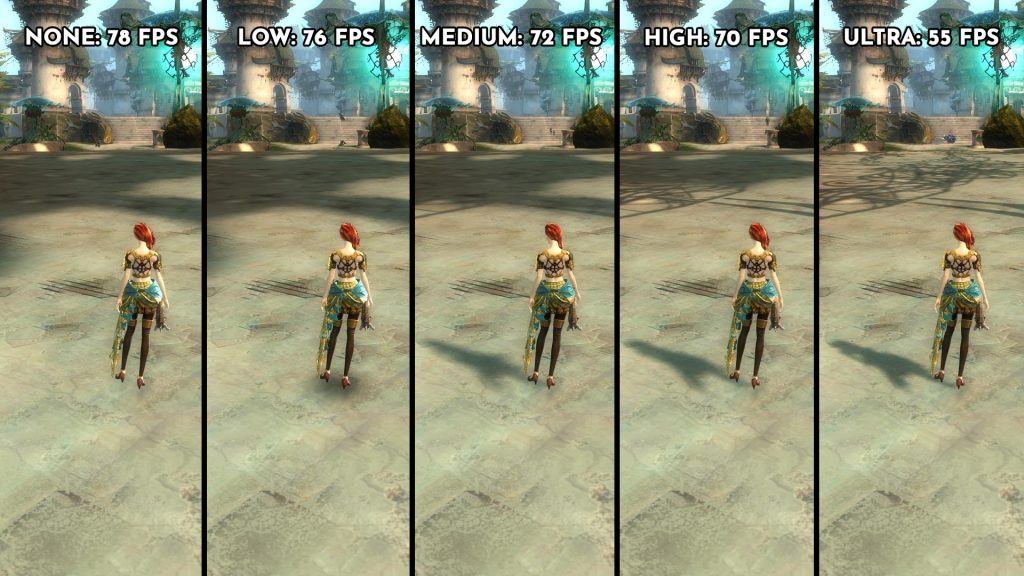 One of the biggest offenders for eating away your FPS is Character Model Limit, it affects how many total NPCs and other players are being rendered.

The highest character model settings will make your PC beg for mercy, while the lowest will feel like the instance is abandoned.

If your CPU can’t handle medium in Open World, set it on low or even lowest, but if you are going to play instanced PvE, switch it to medium.

Note: In some situations, medium is required due to certain enemy skill effects being culled if the model limit is any lower than that (for example walls on Soulless Horror). 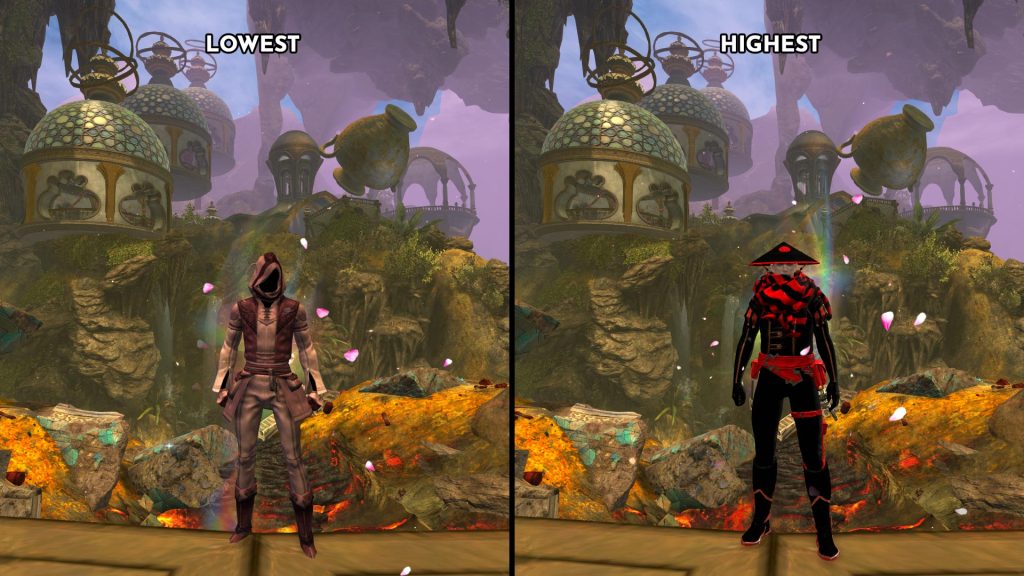 Character Model Quality affects how many detailed NPCs and players are being rendered.

This setting is affected by Character Model Limit, if it’s not equal or lower than that, it doesn’t actually do anything, because it cannot render a high-quality model if it’s not being rendered in the first place. 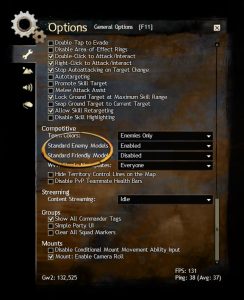 This should however never be set to Lowest in PvP because it will cause other player skills to render using generic skill effects.

Use Standard Enemy Models for PvP instead. 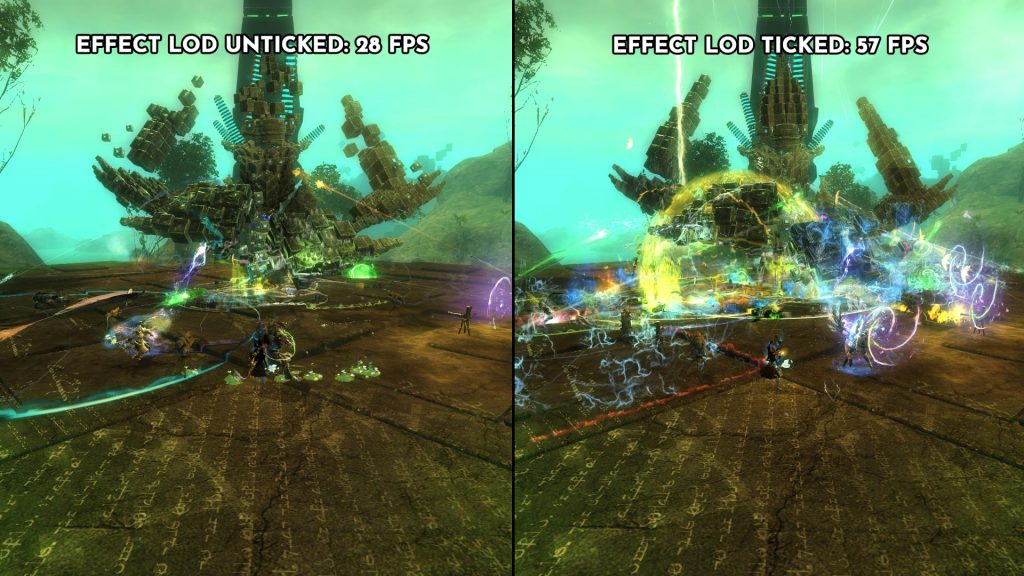 This setting limits how many skill effects are being rendered. In the Open World and larger group content, it can seriously impact the performance and general readability of the encounter.

Our recommendation is to leave it ticked for PvE and unticked for PvP because it causes the enemy skill effects to not render which can lead to a quick death and a lot of frustration.

Render Sample makes your game render at a higher internal resolution. We recommend setting it to Native, but if you have resources to spare, you can use Supersample. This however will significantly reduce your FPS.

Field of view has a high impact on performance, even so, we recommend setting it to the widest setting when possible as seeing more of your surroundings is vital to reacting to the environment quickly, which is required in all game modes, even Open World. 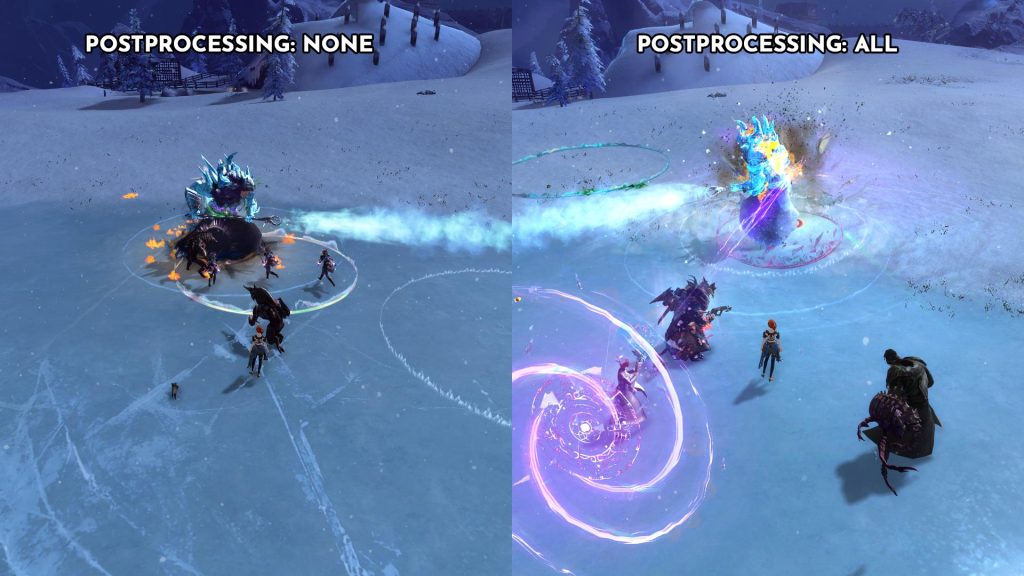 And lastly, whilst not very impactful to the performance of the game, postprocessing can make the game incredibly hard to read due to the fact that the Bloom effect cannot be toggled off and it’s extremely potent.

Ultimately, it’s up to you to decide if you want to play with postprocessing. Test it on few fights and see what setting suits you best

Depending on the setup, players report different results when playing with Windowed Fullscreen and Fullscreen.

Usually, Windowed Fullscreen should be the default option for most players, as it often offers better performance and it’s required to use some third-party applications for the game, it can sometimes be heavier on your machine than playing on Fullscreen. 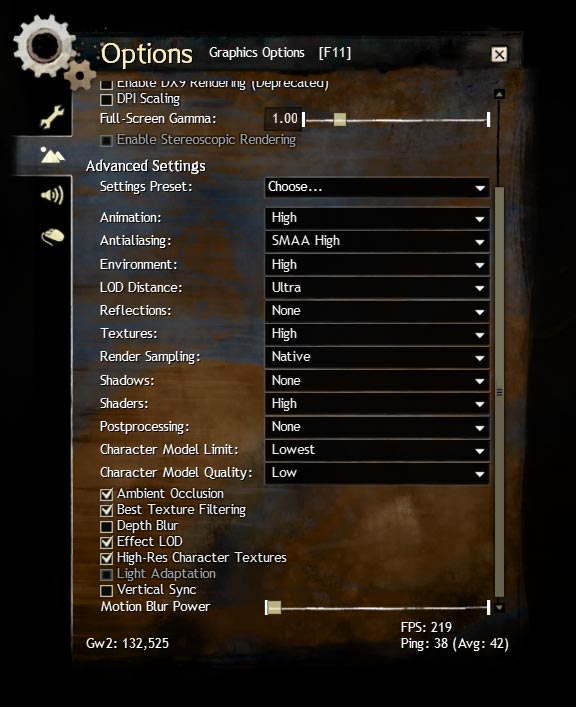