Slothasor requires frequent crowd control, and sources of , , or stunbreak. This makes Power Alacrity Renegades with beneficial due to their high breakbar damage and ready source of squad-wide stability.

This fight also requires intentional control of adds. This means pulls such as (Mesmer Focus 4) and ranged cleave such as are useful here.

Slothasor consists of one long phase with frequent breakbars. In this fight, players must clear ground to fight Slothasor on and avoid a number of mechanics.

Upon entering Salvation Pass, players will see a path with Slublings and Evolved Slublings. Players should clear these before reaching Slothasor’s arena. The fight will start when one player eats the Imbued Mushroom, transforming into a slubling.

Slothasor can be fairly chaotic as each player has the capability of wiping the group. New players should focus on handling each mechanic over their personal DPS and be prepared to adapt – when in doubt, focus on grouping up in safe locations, avoiding killing transformed squadmates, and cleaving down enemy slublings.

Once a player transforms they cannot transform for the next 4 minutes, so four players are assigned to transform. Transformed slublings are susceptible to squad attacks, so the group must be careful to not cleave, pull, or stun their friendly slubling.

There are many valid eating patterns, we have included one option here. In general, slublings should eat 2-4 Red Mushrooms towards the center of the arena and towards the spawn location of the next Imbued Mushroom spawn.

By clearing space in the center, the squad can keep Slothasor more stationary, allowing for higher DPS uptime. Additionally, enemy slublings spawn from the center of the arena, so keeping Slothasor in the center allows the squad to easily cleave all the adds.

Once the fight starts a random player will be fixated, acting as the tank. The fixate will switch every 30 seconds. Each new fixated player will hear a sound cue, see an announcement, and see a purple diamond over their head. The fixate should immediately move to the furthest safe zone and then keep Slothasor stationary, so the squad can minimize movement.

The fixate’s responsibility is to allow the stack to do as much damage as possible. This means three things:

In general, the fixate can bring Slothasor to the most recently cleared Poison Mushroom.

Every 20%, and at the final 10%, Slothasor will fall asleep and gain a breakbar. After his bar has been broken he will apply a 10 second on the entire squad. , , and stunbreaks should be used to handle the fear. It’s very common for 2 Guardians to use just before the fear to apply on the entire squad.

The breakbar should generally be broken as fast as possible. However, if a player is off stack handling a Volatile Poison or about to return from their slubling transformation the stack can wait for these players to return before completing the breakbar to ensure they receive . and are common choices for stability here.

Slothasor will slam the ground spawning three dark blue circles under each player. Any players hit after the third circle will be knocked down for 5 seconds. Players can dodge, block, or invuln the knockdown. When tantrum starts players should stop moving to avoid spreading the areas of effect across the arena. Players can then dodge the knockdown and stunbreak any friends caught by the attack.

Slothasor will pause, stand up, and breathe fire. He is stationary during this attack, so any players standing in front of him should simply dodge, block, or sidestep. While he should face the fixate he sometimes behaves erratically – players stacked behind Slothasor should still be ready to sidestep this attack.

Every 25 seconds a random player will be targeted with Volatile Poison that they should place away from the group. This will become a slowly expanding poison field that covers a third of the arena and does massive damage on the squad – players should never walk through poison fields. A poorly placed poison often means a squad wipe.

Targeted players will hear an audio cue, see a green skull over their head, see a yellow border around their screen, and gain a special action key. Generally, the corner of the most recent Imbued Mushroom spawn or against the wall slightly behind the squad are reasonable poison drop spots. The poison will be placed if the targeted player uses their special action key, goes downstate, or waits for more than 8 seconds to place the poison. It will also drop if a player uses an imbued mushroom.

Additionally, enemy slublings will spawn during the fight. If these are ignored for too long they become Evolved Slublings, who corrupt boons on the players. Pulls and ranged cleave are useful here for slubling control; common strategies for slubling control include pulls like (Mesmer Focus 4) and (Firebrand Axe 3), as well as ranged cleave like . However, these players must be very careful to avoid their friendly slubling – killing the allied slubling is a very common way groups wipe.

Starting at 50% health Slothasor will start to occasionally perform Spore Release. Slothasor will pause and shimmy, releasing spores that target the group. If struck, these spores will inflict , , , and on players. Players should aim to invuln or these spores, and condition cleanse anyone that is hit.

Slothasor’s shake mechanic is telegraphed by him stopping all other movement and shimmying. Spores will radiate outwards, so a common strategy to avoid the attack is to away from him, pause for a second, then back into his hitbox. 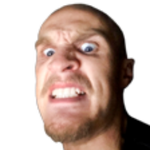